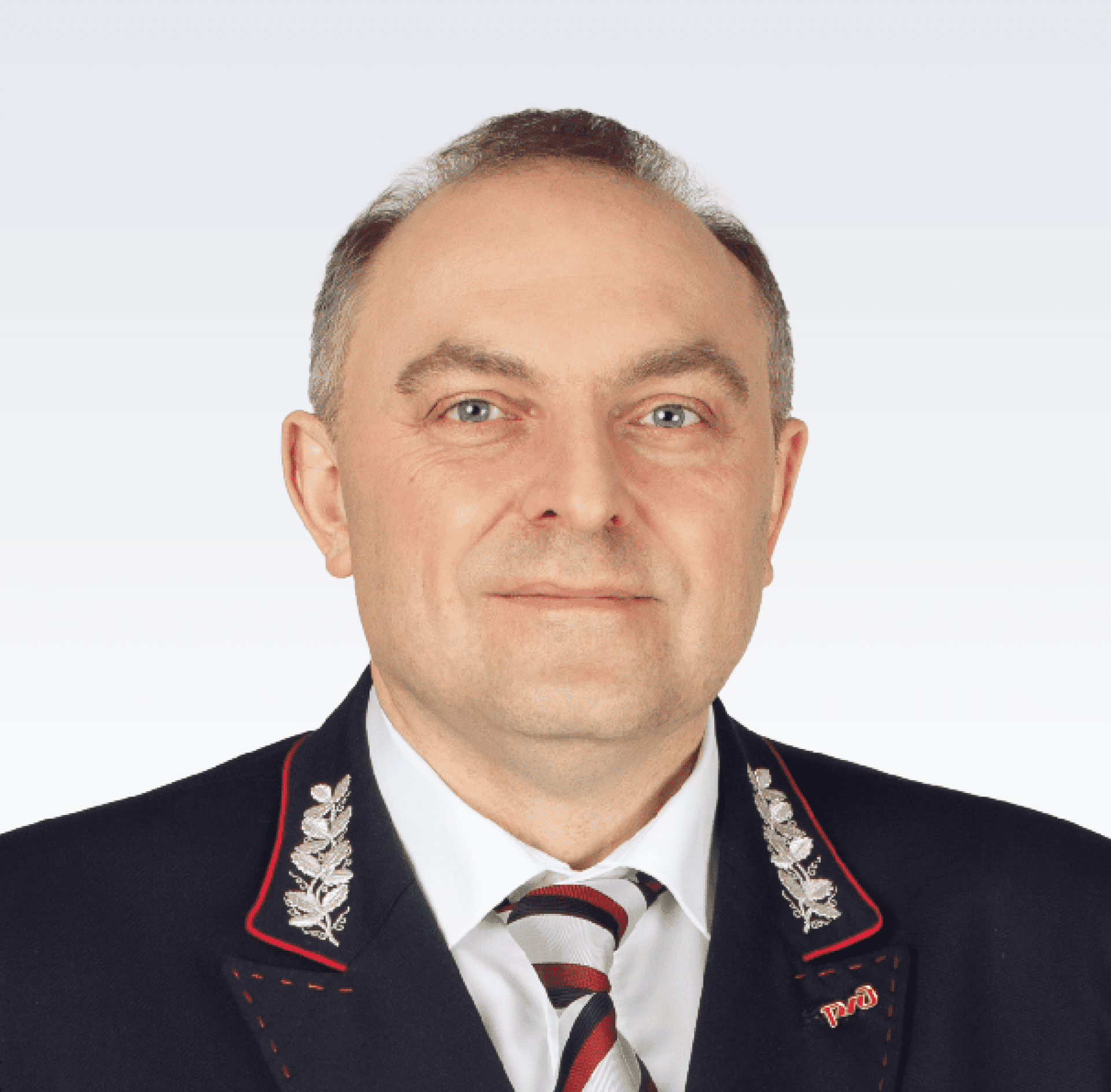 Many of the decisions made in 2020 in response to the novel coronavirus infection outbreak became an essential part of our business and management processes enabling the Company to ensure a full and reliable passenger service.
Dmitry Pegov Deputy CEO of Russian Railways

The Company’s priorities include continuous improvement of customer experience, development of new products and services, digitalisation, and creation of a comfortable transport environment affordable to all categories of passengers. In 2020, Russian Railways put an emphasis on ensuring safety and protecting the life and health of our passengers and employees involved in transportation operations.

In line with the Long-Term Development Programme, the Company intends to fully maintain the volume of socially significant transportation, including through implementing initiatives in Russia’s Far East.

In 2020, most regions opted not to increase rail fares.

Progress on multimodal routes and hubs in 2020

In line with international best practices, the most successful approach to the integration of urban passenger systems is the creation of transport interchange hubs that link together different modes of transport, including railway, underground and land transit systems. Such hubs are designed to ensure seamless passenger experience and efficiency of the transportation systems both in terms of technology and economics. Multimodal suburban routes are currently provided


Moscow Central Diameters (MCDs) is the largest project of the Central Transport Hub seeking to develop high-capacity commuter rail lines connecting Moscow suburbs with the city centre. This is a joint project by Russian Railways, the Ministry of Transport of the Russian Federation, and the governments of Moscow and the Moscow Region, which aims to combine suburban routes and the Moscow Metro.

The launch of MCD 1 and MCD 2 made a real difference for more than 4 m residents of the Moscow agglomeration in terms of new fares, cutting-edge trains, travel intervals and transfer opportunities.

Moscow Central Circle (MCC) is an urban passenger rail line partially integrated with the Moscow Metro in terms of fares and transfers. This is a joint project by Moscow Metro, Russian Railways and Moscow Ring Railway launched in 2016.

In October 2020, MCC welcomed its 500-millionth passenger. In 2020, MCC serviced 115.3 m passengers, with total passenger transportation since its launch amounting to 530.4 m people. The daily average traffic stood at 314,900 people, rising to 464,700 people on weekdays. As of the report date, trains arrive every four minutes. In 2020, MCC launched an R&D project to provide for a transition to a three-minute interval service.

In 2020, the combined share of long-haul transportation services provided by Russian Railways’ subsidiaries and affiliates and private carriers was as high as 94.3% (including 4.1% controlled by private ones), while that of High-Speed Transportation Directorate stood at 5.7%.

In 2020, Federal Passenger Company’s income from core operations amounted to RUB 130.9 bn (down 44.7% y-o-y), including RUB 114.6 bn from passenger transportation (down 46.3%), mainly driven by lower passenger turnover due to deteriorating mobility of people and snowballing cancellation of international trains amid the pandemic starting from March 2020. In 2020, Federal Passenger Company reported a loss of RUB 33.6 bn (vs net profit of RUB 8.5 bn in 2019).

In response to the COVID-19 outbreak, the governments of Russia and foreign countries imposed national emergency measures in February through March 2020, with all international passenger transportation by rail being suspended in March.Russian Government’s Order No. 763-r dated 27 March 2020.

In 2020, the Company continued to renew its passenger rolling stock and procured 1,051 cars:

Ivanovo boasts its unique railway station, Russia’s seventh largest hub and most prominent constructivist landmark. The project aimed to preserve its architectural design, while also turning it into a tech-savvy and comfortable transport environment accessible to all categories of passengers, including people with reduced mobility.

Accessibility for people with reduced mobility

Russian Railways focuses on making a growing number of stations and trains fully accessible. As at the end of 2020:

The Company aims to offer its customers a new level of service quality in a timely manner. Russian Railways Unified Information Service Centre provides information on the Company’s passenger services. In 2020, the Centre handled 9.8 m queries (down 7% vs 2019).

Benefits of the Centre:

Given the growing demand for domestic tourism in 2020, Russian Railways started promoting new tourist routes combining a rail ride and an excursion, as well as rail tours by hotel trains. The Russian Railways Group currently offers over 50 tourist routes, including the Ruskeala Mountain Park, a ride along the Trans-Siberian Railway, weekend retro trains departing from Moscow, St Petersburg and Irkutsk, New Year trips to Veliky Ustyug and Kostroma, and many more.

The quality of passenger services provided by Russian Railways is measured by the customer satisfaction index (CSI), which is based on opinion surveys conducted by both the Company’s own resources in line with the approved methodologyThe Integrated Methodology for Evaluating Passenger Satisfaction in Rail Transportation (approved by Russian Railways’ Order No. 227/r dated 7 February 2018). and by VCIOM, resulting in an all-round assessment.

In 2020, the Company revised its scope with a view to including suburban transportation and other passenger services.

The RZD Passengers mobile app has all a traveller would need and more:

The RZD Passengers mobile app is one of the Company’s best IT products. By now, it has been downloaded over 5 m times and earned high scores from the Apple and Google stores (4.9 and 4.5, respectively). In December 2020, the mobile app became the best performing sales channel, occasionally accounting for 50% of all e-tickets sold for Russian Railways’ trains.